So much has happened since we came back from Tenerife that it’s hard to wrap up everything I failed to write here. First of all – we’re still alive and breathing. Check. Much more than that, we are actually making a ton of progress on multiple fronts. So I’ll try to be extremely brief.

We are in the process of raising our first round of capital for the SternenGalerie. We have always had the feeling that the idea from two years ago had the potential to grow into something much more substantial and now we are finally acting upon it. We started a couple of weeks ago to crunch numbers and put some brain-matter into what would actually be needed to scale the operation. We found great partners to work with on all fronts: A badass Marketing-agency, great investment-partners and a company of pyro-technicians for the execution of the fireworks themselves. The general feedback on the idea has been amazing and presenting the concept, we also got attention on the investor’s side. Of the many tasks that lay ahead, it’s getting urgent is to hire a sales manager and draft the marketing-strategy.  We are pushing hard…

And speaking about Speakitt, I still owe this blog a Summary of the first Silicon Valley trip. I still remember writing the piece on our hopes and expectations of going there. Now I think it is fair to say that whatever I expected of the trip has been exceeded by far. Not only have people in San Francisco responded extremely well to our idea, indeed we managed to gather our first users for active coaching. Some of these users include CEOs from successful and well connected startup companies and might give us a bit of a head-start to the chicken-and-egg networking problem. Simon held a couple of workshops on the fear of public speaking and the power of overcoming limiting beliefs where we managed to herd more early adopters.

As far as networking went we hustled – and landed one big hit with SNP Communications. As the name suggests they are a communications company. We got the intro over our old content-writer who is now a full-time employee there. After talking to their CEO & President, they were in fact so interested in us that they offered us office space within their realm. More than that, they want to get us in touch with their customers  – and they started with taking the boys to airbnb on the spot. SNP’s customer list is seriously interesting and if things do work out, we might get introduced to some pretty amazing people. But more on that, when the time comes!

That time however, might not be too far away! After they got back, Simon booked his second trip to the Valley – and touched ground in San Francisco an hour ago. This time it’s for 3 months and while he will be busy knocking down people’s doors, we will continue to develop the product from here and shoot out the working beta for first B2B coaching. The next few weeks will mean a lot for the development of Speakitt, but weirdly I am confident that we will see things happen. Our private-beta user base is still small, but we gain knowledge on how to steadily grow it and improve the product. Since we do Skype-calls with all our users once per week we seriously are in customer-development heaven. Now it’s up to us to use that.

We have set ourselves a roadmap to gather the first paying-clients within a couple of weeks. As soon as things get serious, I will put the news up here. Probably… 🙂 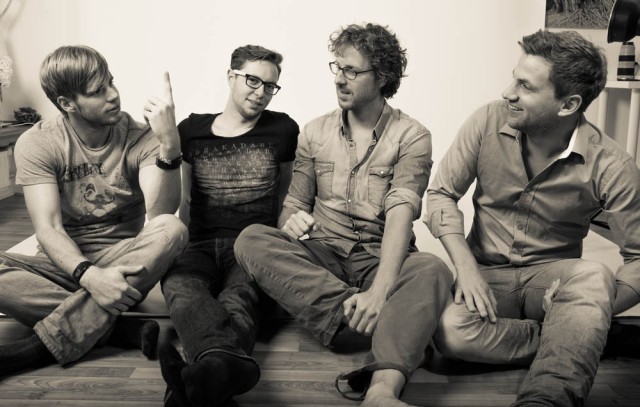 We moved Office – Sort of…

Before I get to to actual matter of this post, let me just say: The Boys are back in Town! The Silicon Valley trip has been a great success in terms of networking, coaching and getting to know the local vibe of the worlds biggest tech-scene. We see it pretty clear that we will be back there soon, but until then we still have some milestones ahead of us. There will be a more detailed summary of the trip here sometime 🙂

Until then – Good news: We decided to move our office (at least for a while). We went a little further south and stranded on Tenerife, a small island westside Africa’s coast. And at first it seemed like a blunt idea – It’s way more expensive than our office in Hamburg, the wifi is crap and there isn’t a single Startup, co-working office or VC within a few thousand miles. Maybe not the best circumstances for a tech-startup. On the flipside however, we have an amazing landscape everywhere around us, can chose between 29 or 31°C pool-temperature, go to the gym, have full catering included and – oh yeah – one of Europe’s biggest Waterparks around the corner. So basically it’s like working for Google – on an island! Due to the additional cost it’s not yet the no.1 choice for a bootstrapped company, but surely we all appreciate working in an environment like this. 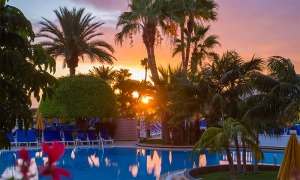 Also the view is much nicer.

Plans to improve the local infrastructure have already been made – And more importantly, we started planning our own waterpark – this will be another startup, sometime in the future 🙂

It’s Independence Day in America-Land. Robert & Simon will witness the 4th of July Madness in San Francisco tonight. I hope they will be part something as awesome as this complete failure last year in San Diego, where some dude accidentally launched $12.000 fireworks in 27 seconds. Whops.

This just in: We made it to the Quarterfinals of Founder Showcase!

We just got word from Founder Showcase that Speakitt.com was selected to the quarterfinals of the 14th Founder Showcase pitching competition. Which is pretty awesome! The next step is a 15 minute pitch on Skype.

Thanks to all you guys for your support & votes on Facebook!

What did you vote for? Founder Showcase is the leading global event that helps seed-stage startups learn, launch, network, and be successful. The event, hosted by TheFunded.com, began in 2009 and takes place approximately once a quarter. The Semi-final and final will be fought out live on Stage in Silicon Valley, July 17th.

Stay tuned for more! (Yes, that means sign up to the right with your Email! Go, do it!)

Still a lot shorter than the Köhlbrandbridge!

Simon and Rob will be going to San Francisco, Silicon Valley & LA next week.

It did take a little longer than we inherently expected – but it’s finally happening. Back in the days, when we were glooming over amazing ideas in our Loveshack in Gessthacht, we came up with this idea to move to San Francisco. Maybe we just didn’t get out enough, but the Idea never left our heads – Now, some months later, it’s time to set sail (Rather Fly, obviously. Sailing would be stupid!).

We activated our Network and sent an avalanche of emails. The goal of the trip is to get connected with local Startups, Entrepreneurs and early stage Investors (Anybody interested?). Here are some of the Startups and People we will meet:

Nights will be spent at the San Francisco StartupEmbassy and Blackbox Mansion – both highly frequented meetings points for international entrepreneurs.

Yes, and as much as it pains me to say – I won’t be on the trip this time. We thought long and hard about it, but it makes sense for many reasons:

First, we are still a bootstrapped Startup. Going to SF for Rob & Simon is already expensive enough. For me it would be mostly travel for fun – and that’s not part of the deal right now.

Second, we still have two companies here in Germany. Leaving them completely behind for a month wouldn’t be a sensible thing to do. Simon is doing one hell of a Job as our CEO and he needs to be in the Valley. Robert on the other hand, has sales-skills that are still unmatched on this planet – and that counts when talking to investors. Tales tell, that he actually sold a refrigerator to an Eskimo.

Third, if the boys find someone to work with, we will all be living there by the end of this year. If they don’t than we’ll have some bigger issues than going on a holiday-trip to San Francisco. So it’s time that we raise some money 🙂

I also have to acknowledge that I’m happy to see things moving in the right direction. In the end, they are going to Silicon Valley to raise money for our company – What am I complaining about again?

Though I was actually looking for opportunities for my fellow co-founders to speak in San Francisco next month, I stumbled over our very own Lean Startup group here in Hamburg. Decided to send them a quick email, what the heck – let’s share some of that stuff I’ve learned about customer development in the past weeks and months. Then – While I was typing I realized it’s quite a lot. And it’s a great opportunity to get some spotlight on our startup here in the local scene.

If you fancy me sharing stuff from my crazy-brain, come to the Xing HQ in Hamburg on August 26th. Now go and mark your calendar! It’s free entry, good networking opportunities and usually a lot of beer too 🙂

Today was Simons birthday. It’s been a custom amongst us three founders for more than 15 years, that when one has his birthday – we’ll do some sort of crazy excursion together. This habit has brought us to many rather nice spots in the world but most of all into some seriously crazy situations.

As we are building two companies, personal leisures have taken their toll in the past months. However, we wanted to make sure that we’ll save this day and our custom to spend an awesome day together. So Robert and I decided to do something neither of us has really ever done and go climbing. As the ritual demands it, Simon wasn’t told what we were going to do. The victim is simply told to get in the car and start guessing. Oh, and also Simon is scared shitless when it comes to heights – So climbing was the way to make this an unforgettable event.

The four of us (Annika was part of the team) booked an instructor at the Nordwand, Northern Germany’s biggest Climbing-hall. There we mostly spend the day freaking out. Hanging on a rope in 10 meters height is an amazing feeling. We all got dizzy and lost our nerves from time to time.

Either way, it was another great way to confront our own fears and find that something that seems NUTS is actually doable.

Later that day the rest of our Teammates came together to join for a giant Barbecue. We gathered in our SternenGalerie HQ (Simons parten’s house) in Reinbek. Dennie arrived with his recently married and highly pregnant wife Lucie, Rüdiger, our SternenGalerie-manager joined with his wife and of course there were Martin and Anita, who have been with the SternenGalerie from day one. It was a great evening that all ten of us spend together. And while we were sitting there, telling stories of drunk evenings on the Hamburg Kiez – I realized just how lucky I feel these days to be part of this amazing adventure.

It did not at all feel like a meeting amongst colleagues – It was more of a feeling of family. I hope that in the future, we will be able to have many more of these evenings and grow our family even further. I’m excited to see who will join us next!