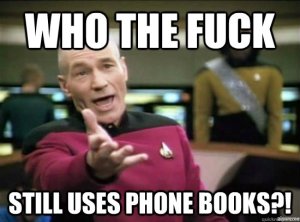 The last three days were a bit frustrating. Due to a recent pivot, I am currently trying to get in touch with university students in the US. Now I don’t know that many people who study there themselves and also just a few with friends on US-universities. So after the initial emails were sent and friends and family successfully annoyed, where to go next?

I decided to go with universities themselves, but actually getting students on the line turned out to be more difficult than I expected – It’s general policy not to give out any information, so the direct way was a dead end. Next I tried fraternities, student clubs and Honor societies. They were easy to spot on Google-maps, however final exams are almost over and most students have already gone home. I called about 50 and managed 2 proper calls with real students – calls that didn’t end up in holding-line-“i-will-refer-your-call”-Nirvana.

And then – Dennie came to save the day: “Dude, why didn’t you read Lean Analytics? They have this sick case study with the guy who did 100 telephone-customer interviews in four hours.” – Excitement arose. “They did what?”

The story goes a bit like this: Nick Soman, founder of  LikeBright, got rejected at the Techstars Seattle program. The Managing director of Techstars found that they didn’t know their customer well enough and told them to talk to 100 single women about their problems with dating. Frustrated as hell he decided to run an experiment with Mechanical Turk. Now what is that? It’s an Amazon-service, developed to help programmers to collaborate and coordinate their use of human intelligence. Over time it developed into something a bit bigger and now all kinds of people use it – However, mostly to complete tasks in engineering.

Being a tricky Entrepreneur, Soman found a way to use Mturk as his magic portal. He set up a task to have people – more specific: single women who use dating sites – call him and explain their problems with relationships. Imagine telling that a marketeer: “No, my customers actually call me, so that I can interview them”. Crazy.

Justin Wilcox got in touch with Soman and created a beautiful tutorial on how to use Mturk for the sake of customer development. I jumped right in and followed. Turns out Justin is a pretty nice & supportive guy 🙂 And with some support, here’s my task for users to complete on MTurk :

It cannot be that simple… Can it?!

Yes. It’s a crappy looking page with a seemingly strange task that has absolutely nothing to do with programming. I stayed skeptical. I had about 10 minutes for my skepticism to last. Then the phone rang… Nooooo… that can’t be…!

“Hi, I’m a student from Northeastern university calling about the survey on public speaking?!”

Suddenly, Skype went into overload. Whilst still on the phone with the first interviewee another five (!!) people tried to call. I had to reject. My world turned upside down. I spend the day mostly talking to people and catching up with all the interviews. Why do they call? It’s difficult to say. Pretty much all of the people have a problem they would like to see solved. And since we are working on a solution… Yeah – Wh not call. I am really excited to have found this neat little tool.

It suddenly became very clear that the next step is to improve on the proper questions to ask and get a good problem validation – but with my old approach that insight would have taken me weeks… So whenever I have an hour or two to spare, I simply put in a new batch, get a coffee and wait for potential customers to call me. How cool is that?

I launched my first Startup in 2011, the second one in 2012. Ever since I have been traveling on one epic journey with my two closest friends & Co-Founders. Every now and then I like to share my views of the world and tell a little story about my life as an Entrepreneur. Why a Panda? Because whatever you do - take life like a Panda and you will get it right!
View all posts by StartupPanda →
This entry was posted in Startup, Uncategorized. Bookmark the permalink.

1 Response to Customer Development on Steroids